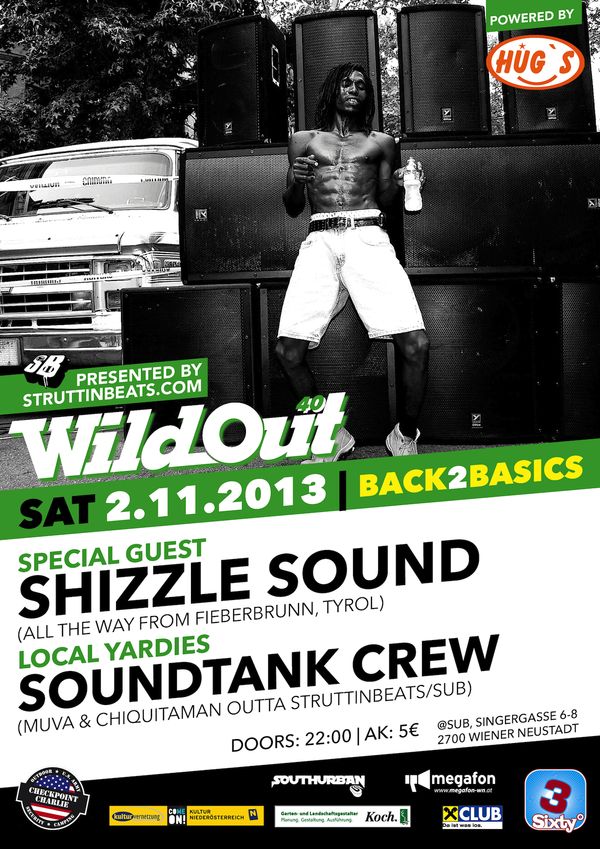 ø Special Reggae Starter Bowle – A “Welcome-Glass” for Everyone

All the way from Fieberbrunn, Tyrol

at the SUB CLUB

…known for the famous WALL OF BASS – 25KW rms/7hz flat

FOR ALL PEOPLE COMING FROM VIENNA BY TRAIN!!!

The reggae soundsystem SOUNDTANK CREW was founded in late 2007 by STRUTTINBEATS-Founder MUVA and SAN CLEMENTE with the mission to bring nice vibes and caribbean flavor to the lower austrian massive. A monthly night in Wiener Neustadt’s biggest club was born – “WILD OUT” mashin up the place, quickly becoming the regular reggae club to attend. In 2008, third member CHIQUITAMAN was added to the crew and the first old school soundsystem was bought. As of 2012, the orginal SOUNDTANK continues as a two man show, consisting of MUVA and CHIQUITAMAN.

After several years of partying hard and nearly 50 gigs, 2013 brings new goals: WILD OUT gets a new home, in one of Austria’s newest and most modern club: the SUB.