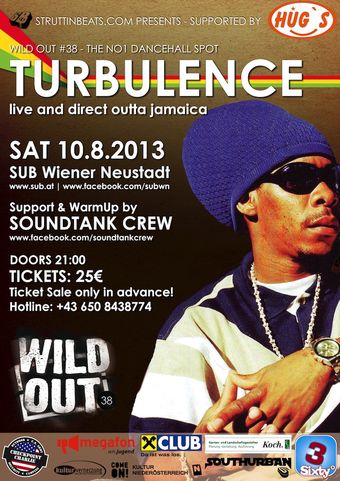 the no.1 dancehall spot

UPDATE FOR ALL PEOPLE COMING FROM VIENNA BY TRAIN!!! 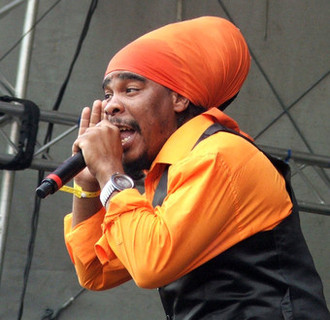 pbell, Mannings Hill Road, Jamaica, West Indies. Turbulence is widely acknowledged as being discovered by Philip “Fatis” Burrell, although his first recording, “Keep It Going”, was actually recorded with Sky High. Turbulence’s initial foray into the Jamaican music industry faltered and it was not until 2000 that he enjoyed notoriety with Burrell’s Exterminator crew having recorded “Word Wid It” in 1999. Widely considered a “sing-jay” he effectively combined ragga, hip-hop and R&B that resulted in a unique style. Turbulence’s sound leaned heavily towards the US market and led to unwarranted trepidation from the purists. The Exterminator crew also featured artists such as Sizzla and Prince Malachi with whom Turbulence toured in the summer of 2000. The tour covered Europe and included a highly acclaimed appearance at the Montreux International Jazz Festival. In the same year he released “Where Are Your Wings”, a release that proved sufficiently popular to inspire Burrell to record the Turbulence’s self-titled debut. The release demonstrated his R&B leanings with the track “Hold The Faith”, that was also utilised by labelmate Malachi on his debut Watch Over We. Sing-jays are often considered to be second-rate vocalists but Turbulence proved otherwise as he was able to sing in a sensitive style as well as demonstrating his skills as a hardcore dancehall DJ. The debut was deemed a mixed bag and featured dancehall classics such as, “Hotness A Gwan”, “Nah Beg No Friend” and “Living In Sufferation”. 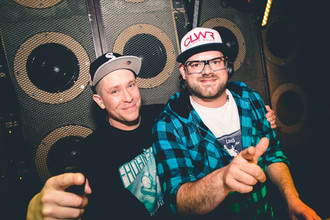 The reggae soundsystem SOUNDTANK CREW was founded in late 2007 by STRUTTINBEATS-Founder MUVA and SAN CLEMENTE with the mission to bring nice vibes and caribbean flavor to the lower austrian massive. A monthly night in Wiener Neustadt’s biggest club was born – “WILD OUT” mashin up the place, quickly becoming the regular reggae club to attend. In 2008, third member CHIQUITAMAN was added to the crew and the first old school soundsystem was bought.  As of 2012, the orginal SOUNDTANK continues as a two man show, consisting of MUVA and CHIQUITAMAN.

After several years of partying hard and nearly 40 gigs, 2013 brings new goals: WILD OUT gets a new home, in one of Austria’s newest and most modern club: the SUB.